Honda Valkyrie – One Of A Kind 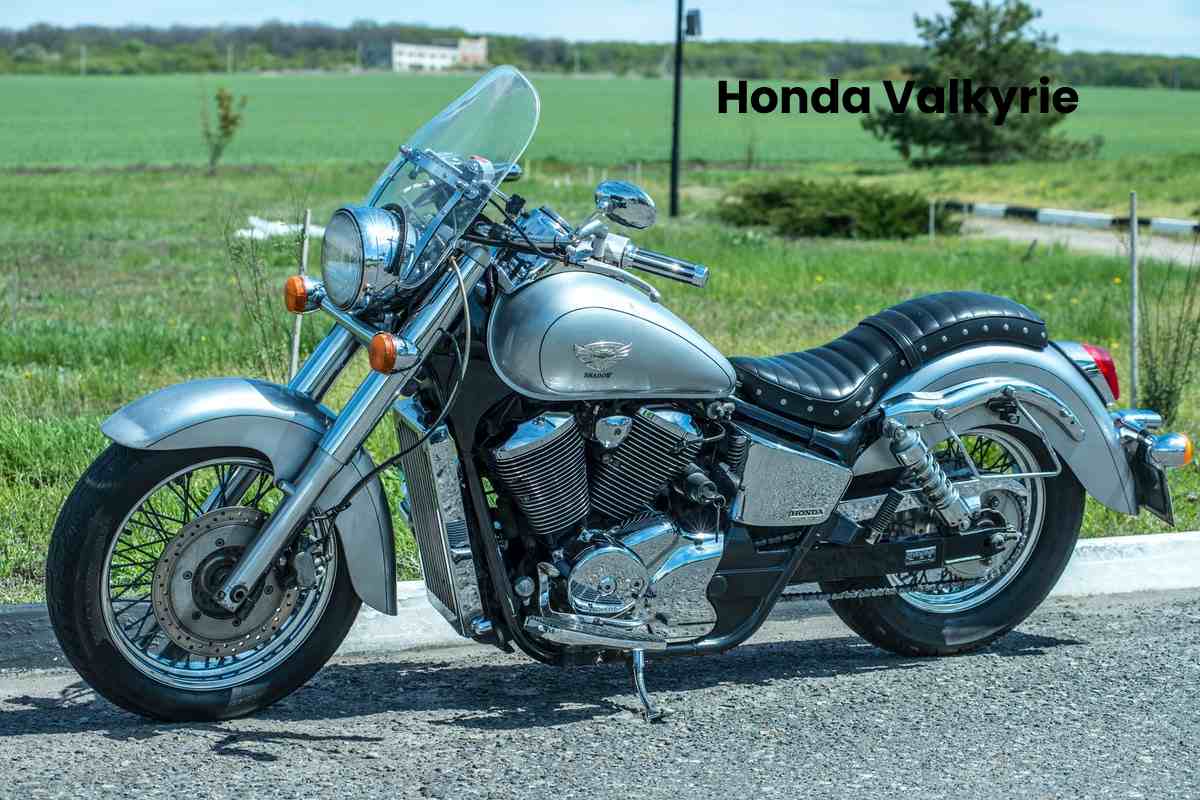 Honda Valkyrie – The original Valkyrie was a strange thing. Unveiled in 1996, when Japanese manufacturers had not yet mastered the art of American-style motorcycling, it married, without really knowing why a “Harley-style” line and ergonomics to the six-Boxer cylinders from the venerable Gold Wing touring car. Surprisingly enough, the “thing” was a big hit for Honda, which stopped producing it in 2004 without explaining. Ten years later, the Valkyrie is back

Imagine that a car manufacturer says it wants to bring a muscle car to market and that its plan to get there is to strip a Winnebago. No matter how exhausted he would explain that that’s where he found the massive chassis and big engine looking. But, as crazy as it may seem, this scenario illustrates exactly the fundamental difference between the world of cars and that of motorcycles. It is because on the side of two-wheelers, such a plan will instead earn your creation the status of a cult motorcycle. Precisely like this was the case for the original 1996 Valkyrie.

The “Winnebago” Of Motorcycles

As it did with the original Valkyrie, the automaker created the next generation of the model by baring a Gold Wing. The exercise may seem simple in principle, but the fact is that there is no motorcycle more equipped, more complex and more massive than the current Honda Gold Wing, which is why it is often considered the Winnebago. Motorcycles. Surprisingly, even though she was plumper than ever in 2014, that doesn’t stop her from moving stylishly and athletically.

Proud Of Her Curves

There’s a proverb in the design world that if it can’t be hidden, then it should be celebrated. However, the proportions of the Gold Wing are such that it would be impossible to hide them. Honda has therefore chosen to celebrate them. The Valkyrie appears so massive from all angles that the effect becomes almost caricatural. From the rider’s perspective or when viewed from the front, the bike’s width seems extreme due to the fairing extensions that cover the side radiators. However, while from the rear, one of the fenders, the widest ever bolted on a production bike, catches the eye.

Something as big and heavy as the F6C Valkyrie shouldn’t have the ability to move gracefully and lightly. However, even with 75 kg subtracted from its total mass compared to the Gold Wing. And yet, at its controls, we discover a remarkably agile and precise mount. It handles as easily in a parking lot as it lets itself swing on a winding road. An oversized chassis designed to support the needs of the massive Gold Wing easily. Eventually, it is the main reason behind this quality.

Not A Gold Wing Anyway

Since it’s based closely on the famous touring model, but it prices ten thousand dollars less. Some might see it as an opportunity to pick up a Gold Wing at a discount, but that’s not the case. On the one hand, the Valkyrie has virtually no equipment and, on the other, as the athletic nature of its behavior. It is partly due to the firmness of the suspensions, the “magic carpet” effect of the touring model is not there anymore. Instead, the Valkyrie is more of a stripped-down kind of machine swinging above the standard, custom and muscle bike classes without ever clearly falling into one.

But if there’s one aspect of the Valkyrie that has remained identical to the Gold Wing, the unique experience of the fabulous 1.8L Boxer six powers. Thanks to the weight of 75 kg, the acceleration is a little stronger, but it is first and foremost because of its always present. Very generous torque and its exotic sound that this engine retains the ‘Warning. Much more than the “Transformer” style with which Honda dressed the model, this brilliant six-cylinder should be the main reason for considering the acquisition of a Valkyrie. At the time, it remains a unique proposition on the market.

Bikes are always need of the hour. It is beneficial for us to travel faster to a place in restricted traffic areas. It is also the fashion and the trend for the youth who prefer bikes. Honda Valkyrie is the superpower bike that is essential in any sector.

THE BEST MOTORCYCLE BLOGS TO FOLLOW BY EVERY BIKER